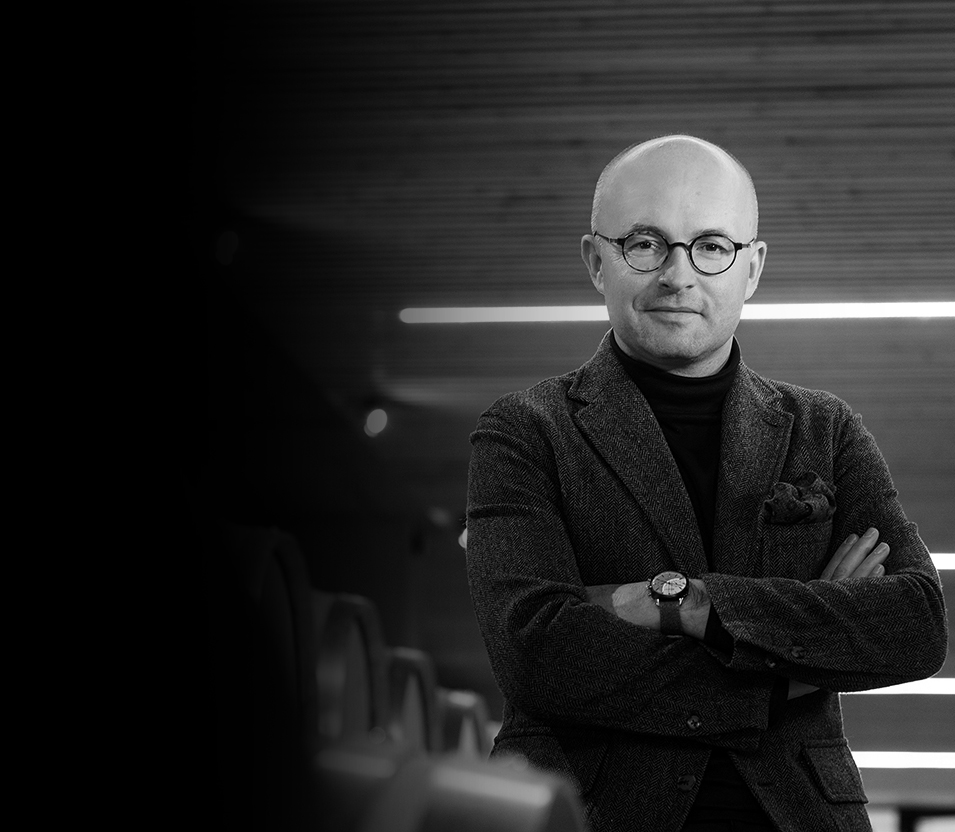 OF THE LANGUEDOC REGION

Laurent Delaunay choose grapes at their
peak of maturity from among
a small number of partner growers.

Elegance, depth and balance
are the words that sum up this high-end collection
of AOC Languedoc wines. 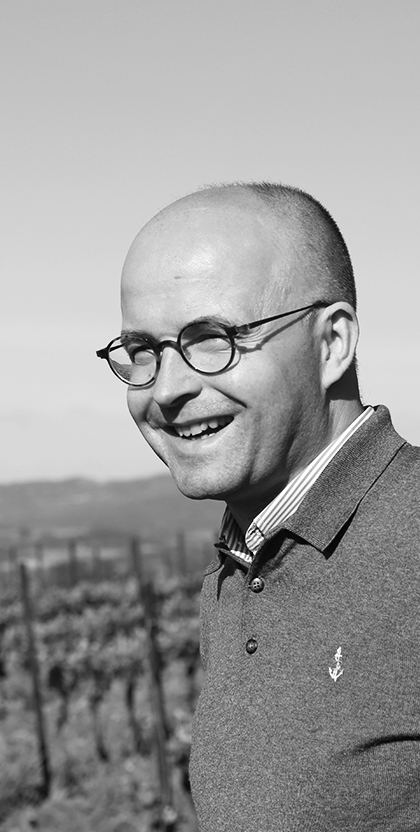 Born in Burgundy, the fifth generation of a family of Burgundy wine producers and traders, Laurent Delaunay found a new homeland in the Languedoc.

Now aged 47, has he ever considered doing anything other than making wine? "One of my childhood memories is of my father and grandfather tasting wine" he says "They used to lock themselves away in what they referred to as their tasting office. I was fascinated."

Having taken part in the harvests as a teenager - he still has a great interest in vineyard work - he went on to study viticulture in Beaune then oenoloy in Dijon, after which he obtained a graduate diploma from the ESSEC business school.  The path forward was marked out.  Laurent then travelled for a time and spent a few months working on a wine estate in California.  He and his wife Catherine, also an oenologist, fell in love with the Languedoc 20 years ago. They picked up on the transformation taking place in this wine region. No longer tied down following the sale of the family estate, Laurent started out by launching a range of varietal wines, Les Jamelles, which quickly became a success.  He grew the business in 2005 when he took over the Abbotts wine company, with which he associated his name.  "We favour a resolutely high-end approach. In the Languedoc, you can get two different wines from the same vineyard plot. Probably more than anywhere else, quality can be influenced by vinification and ageing."

Passionate about wine, conscientious and perfectionist, Laurent always strives to bring out the very best in his wines.

Discover our new sparkling wine !
The grapes are grown organically on the best plots of our high-altitude vineyards in the region of Limoux.
A blend of Pinot Noir (70%) and Chardonnay (30%), a meticulous and exceptionnally long 24 months ageing « sur lattes », a very low Extra Brut dosage…
Enjoy its delicious freshness !